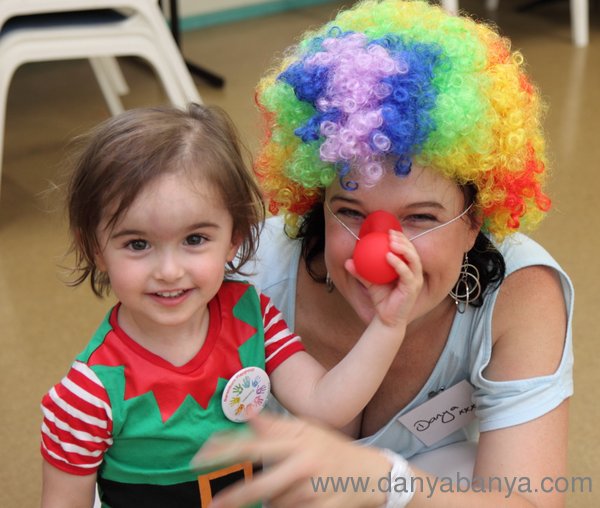 What a big month of change for you.

First biggie – you’ve got four (four!) new teeth. Yes, your molars are through at last. Perhaps that is one contributing factor to your recent naughtiness. We’ve noticed that if we put Bonjela on, your naughtiness dissolves, even if you’ve said that your teeth aren’t hurting.

Second biggie – you’re toilet-trained. Well, partially. You now wear undies, although you do ask to put on a nappy if you want to do a poo. You’ve done a poo in the toilet before, but it’s a bit scary. That’s OK, I don’t mind if the whole pooing in the nappy thing lasts a while, if it means less stress for you while we get number ones down pat. So we’re now going through the joys of noting where the nearest toilet is wherever we go, making a mad dash when the urge comes, hoping there is no queue, marvelling at the differences between button and chain flushes, etc.

You’ve been dry overnight for a while, but we’re still insisting on “pyjama nappies” because we’re not entirely confident which bed you’ll end up in, and I don’t fancy a midnight golden shower. But, third biggie – you are now, mostly, sleeping in your own bed until morning! This is a big deal for you. We’ve been (somewhat reluctantly) co-sleeping with you since birth because that’s what you needed – a discussion I’ll go into in another post. But we’ve been encouraging you to sleep in your own bed whenever possible, knowing that you would when the time is right. And it seems that time is now! Well, hopefully.

And fourth biggie – you’ve officially dropped your day nap altogether. We tried to keep it going as long as possible, but it really got to the point where day sleeps were a battle, and a day sleep was making you go to bed significantly later at night, resulting in less sleep for you overall, which was resulting in behaviour issues. So we figured out that if you drop the day nap, you go to bed earlier and easier, and get more overall sleep. You then wake up happier, are better behaved, and better able to tackle all the learning that a 2.5 year old faces. It’s a bit of a struggle in the late afternoon when that 3.30pm drowsiness sets in, but you are mature enough now to seek out “Mummy Time” rather than falling apart in toddler tantrums. Mostly.

We had a couple of late nights recently with New Years celebrations etc, where we tried letting you have a day nap and then letting you stay up til 9.30pm or so, and then have another day nap the next day, thinking that you might be able to cope with this. But alas, you cannot. It turned into a roller-coaster ride of attention seeking naughtiness. It’s not fair on you, if we get mad at you for misbehaving when we are the cause of you being so tired that you can’t help yourself but to do so. So lesson learnt, no more late nights for you Missy.

We’ve had some progress in the running off department. We’ve had lots of talks about “sticking together”, a concept you remember from a book called Melvin & Croc. We’ve talked about how if we are out, and you want to do some running, you can ask and I’ll tell you where it is safe to run. We’ve talked about how if you start to run away, one of three things will happen. Either you’ll be strapped into the pram (which you HATE), or you’ll be carried (which you HATE) or we’ll get in the car and go home. These are consequences because it’s not safe for you to run away. We’ve acted on each of these things whenever you’ve run, and you’re starting to understand that these are not just idle threats. We have a prep talk before we leave home. You’re now telling me how good you are at sticking together. You’re happier to hold hands or hold onto the pram. We still do have running moments, but they are less often.

I’ve had a lot of people suggest a leash for you. I’m not against leashes per say, and I certainly don’t judge other people for using them. But my instinct tells me that they wouldn’t work for you. Not now, at this age. You would just rebel further, my dear spirited one.

When you are well rested, you are so sweet. You woke me up the other morning, at around 6.45am, by whispering in my ear “I love you Mum”. So of course I grunted “I love you too”. You whispered it again “I love you Mum” and again I grunted my response. Then you whispered, a little softer this time “I love you, the world“. I opened my eyes, gave you a cuddle, and said “I love you as big as the world too, my precious girl” and we got up to start our day.